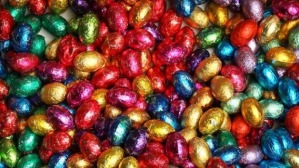 Dear readers, our most sacred traditions are under threat by the grubby forces of commerce. These days it seems like barely have the Xmas decorations been taken down when our supermarkets are filled with garish Easter paraphernalia. Anthropomorphic rabbits (or, among our more progressive and/or pro-marsupial retailers, bilbies) and garishly-coloured eggs are on display – as though Easter is nothing more than a heavily commercialised festival of chocolate.

Well, I say we need to take Easter back and get back to the actual reason for the season: marking the northern hemisphere’s vernal equinox with rituals enacting the symbolic murder of a god.

Today’s young people are so concerned with their Twitters and their video games that they don’t even properly celebrate the descent of Attis, consort of the Phrygian fertility goddess Cybele, into the underworld. Today’s defiant young women are happy to listen to their hip-hops and sext to each other’s smartphones, but precious few are out there performing the rituals celebrating the Anglo-Saxon lunar goddess Ēostre by lighting bonfires, clothing themselves in white and marking the incarnation of the goddess by revealing themselves in clefts of rock. And I for one think this is a crying shame.

It’s indicative of a society in decline when noble traditions are cast aside in favour of crude gimcracks and gaudy trifles. Everyone’s prepared to have a barbecue and scramble about looking for chocolate eggs, but are they giving three tradition-proscribed joyful leaps at the moment of sunrise or performing funerary rites for Ishtar, Astarte and/or Isis? Are they incorporating any or all of the many Indo-European traditions marking the worship of the pan-cultural dawn goddess Hausōs and the change of season marked by her heroic rescue from an enslaving dragon, most notably in the example of the Hindu goddess Uṣas in the Rigveda? Like fuck they are.

But it’s not just the young people that are the problem here: even our so-called community leaders are shamefully neglectful of the rich traditions upon which the festival is based. When was the last time you saw a politician – supposedly a representative of the people – passionately gathering flowers of the season to mark Ostara’s mating with the Sun God to produce the Yule child that will mark the winter solstice? This sort of intolerant ignorance is unacceptable in a so-called civilised society, and I say it stops here.

It’s almost as though our increasingly secular lifestyle means that these sorts of holidays are becoming less about observing arcane rituals based around mystical stories about magical figures, and becoming mere excuses to spend precious time with the people we love most. And I for one think this is a huge insult to the collected wisdom and piety of the nameless ancient clerics and seers who originally made these stories up for principally political reasons – and that’s why I, for one, will be assiduously joy-leaping, flower-gathering, cleft-wedging and dragon-thwarting this weekend.

Oh, and I’ll also be buying a couple of cases of beer ahead of Friday. Seriously, closing bottleshops on a long weekend? That makes the least sense of all.