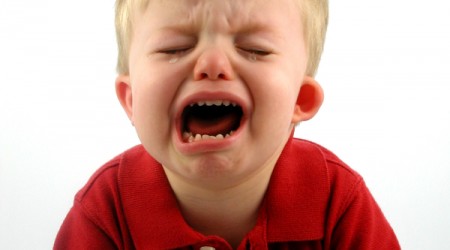 …is that it’s all about hating and fearing women, obviously. Everyone realises that, right?

I mean, even if the complaints against feminist games blogger Anita Sarkeesian and independent game developer Zoe Quinn weren’t the demented rantings of crazy people (see this comprehensive debunking of the “case” against Quinn, for example) then the retaliation against them is still entirely unwarranted.

Similarly, if the problem is “ethics in games journalism”, then making threats to rape and kill women who are entirely unconnected with the mainstream gaming media seems to be, to be generous, a very roundabout way of achieving positive change.

And lots of smart people have made these points elsewhere, like my colleague Jenny Noyes at Daily Life, but I’d just like to weigh in on one of the great unchallenged assumptions in all this.

It’s about the idea that companies use their ad spend to force positive reviews from media: an accusation which gets thrown around as being unquestionably true.

As someone who’s worked for a bunch of mags and sites and done quite a lot of games writing and editing in my time, and let me make clear: in my experience, it’s bullshit.

Yes, big companies that advertise get their stuff reviewed more often than those that do not, absolutely, because editors are not utter fools.

If you’ve got 20 reviews running and (for example) Ubisoft are spending with you, you’re going to put whatever Ubi thing you have available in those 20, obviously. And if something’s being advertised heavily and you’ve got a scathing review you might quietly bury that piece – but that’s less about angering the ad gods than not looking like an idiot.

However, the thing that people don’t perhaps appreciate is that games companies generally don’t buy ads or coordinate reviews. Outside companies do it.

Reviews are generally coordinated by PR companies who want to show their client – the games company that’s contracted them – that they got x amount of coverage and are therefore doing a great job that deserves ongoing employment.

Ads, meanwhile, are bought by media agencies who literally don’t give two shits about whether a publication has raved or canned a title: they care about the price they can gouge from the publication, the readership of said publication, and the demographics of said readership.

In the case of PRs, they generally don’t especially care if the reviews are negative, as long as they run and they can therefore invoice the company and cite their successful placement.

In the case of the ad agencies, they don’t care about reviews at all: if the publication doesn’t have enough readers, they’re not getting any ads. That’s why editors hate agencies: there’s no way to sweet talk them with “…but we love this title, our five-star review is even quoted on the case!” They honestly couldn’t give less of a fuck.

The company cares about reviews, but they don’t have direct contact with the publications themselves and thus aren’t in a position to pull ad spend over a specific review (and the spend is controlled by the media agency in any case). And only a moron would open themselves up to a “games publisher threatens editor over review” headline. That’d be golden clickbait for any games site.

There are a few companies that do everything in house – Rockstar traditionally have, for example – but ironically it tends to be the smaller, less influential devs that handle this annoying fiddly stuff themselves. If you’re EA or Sony or Nintendo, you’re going to outsource your PR and your ad buying because, aside from anything else, it’s a hell of a lot cheaper and easier.

In short, the big companies don’t bother with pay-for-play because it’s just not worth the effort, and the small ones don’t bother because they have virtually nothing to bargain with.

To recap: Gamergate has zero to do with games, ethics, or journalism. It’s entirely about terrified men slapping down women who dare to speak in public. And, thankfully, it seems to have had the  effect of making women call bullshit on it, in vast numbers.

That’s what gives me hope about this sort of highly-visible misogyny: it seems like the last frantic thrashing of a dying thing. It’s like lancing a boil: it’s messy and disgusting at first, but that’s also what gets the poison out.