As you’ve probably noticed with the imminent release of The Long and Winding Way To The Top: 50 (Or So) Songs That Made Australia – which is on shelves in mere weeks! – I’ve been writing a lot more about music of late – and also, somewhat gratifyingly, science (or more accurately SCIENCE!).

However, there’s still a part of my heart which is forever obsessed with Australian politics and after attempts to keep my snarky, lefty View from the Street column as part of the regular column-mix at Fairfax failed during their rationalisations earlier this year, I figured it was the end of it.

Except that I kept getting emails and Facebook messages from readers asking what was going on, which made me think that maybe I wasn’t the only person who missed it. And then when I idly suggested that I start doing columns again as a subscriber-thing on Patreon the response was overwhelmingly positive. 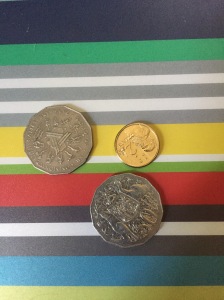 And it’ll only cost THIS MANY MONEYS!

So: last Friday I launched my new twice-a-week politics column, for which folks can subscribe for $3 a month, and the first one went up on Monday. And oh, it felt SO GOOD TO BE WRITING IT AGAIN.

So if you were a fan of V from the S, or the 10 Things column in the Vine that preceded it approximately a million years ago, then you can get it straight to your inbox or browser window simply by joining up here.

I’ve no idea whether this is the brave new crowdfunded future of journalism or a deluded ego trip as barking as a conspiracy theorist YouTube channel, but heck: it’s an excuse to look at the many, many, many wildly silly things happening in politics at the moment.

The posts will be publicly available after a week at the Patreon page, so if you’re reading this in at least six days time you should be able to see what happened back… um, now?

So if you’ve missed my snark, or just think that maybe politics could stand to be a bit kinder and smarter than the current cavalcade of up-fuckery, then come join the new thing. There’s some very nice people there.