One of the most tiresome subjects regularly trotted out in the endless men-are-from-Vulcan-women-are-from-Tatooine discussions around gender relations is “can men and women ever just be friends?”

It’s the basis of a million rom-coms – well, When Harry Met Sally and the 999,999 rom-coms ripping it off – and countless books and articles. It’s a question that’s even inexplicably intrigued some of the greatest minds of the day. Even the venerable AC Grayling – philosopher, intellectual and warm, cuddly face of public atheism – recently delved into it in his book Friendship. 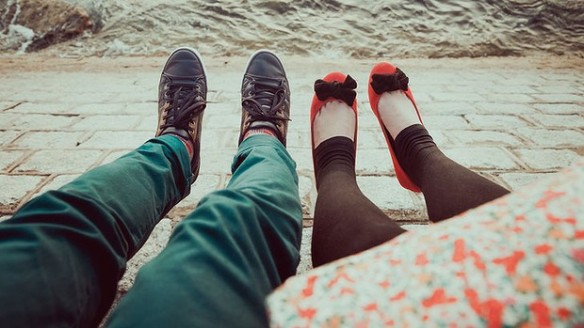 Which is all a little confusing since the answer is incredibly simple to anyone who’s spent any time dealing with other humans: yes, men and women can just be friends, obviously.

No-one aside from the most virulent pick-up artist, crazed separatist or poisonous Men’s Rights Activist could think otherwise. If you don’t have platonic pals of the opposite gender, you’re either a good deal crazier and/or sexually irresistible than anyone I know. And I know some exceptionally hot and crazy people.

So here’s another question to ponder: what’s with the “just” part?

See, the question “can men and women just be friends?” has a hidden assumption embedded in it, which is that the addition of sexual desire in a not-explicitly-romantic relationship somehow invalidates a friendship. And I’d like to argue that this is not just incorrect, but downright ridiculous.

So: you meet someone, they seem awesome. You get along like houses aflame. You also think they’re kinda cute – maybe not cute enough to ponder ending the romantic thing you already have going on with someone, or to stop the perfectly fine unpartnered life you’re currently living, or even to get your shag on. Still, they’re attractive enough that you idly think “y’know, under different circumstances, dot dot dot”. What do you do?

Well, you could maintain the idea that friendship and desire are mutually exclusive, freak the hell out, violently curse your filthy mind and run screaming from the bar. Or you could smile to yoursdelf, get your round in and enjoy the company of an excellent person.

The problem with friendzoning is that as far as I can see, it doesn’t actually happen.

For one thing, fairly obviously, a lot of couples start out as being friends before they get romantically involved. One that’s particularly close to me were friends through their school and uni years, even sharing houses before they (finally, thankfully) hooked up. They’re now married, one of the loveliest couples on the planet, and hopefully going to provide me with some nieces and nephews before too long – and I don’t think their decade-plus of friendship was somehow retroactively rendered venal and manipulative just because they eventually fell in love.

I admit to having friends who, in moments of ill-advised and generally drunken bravado, I have attempted to woo. In most cases, they have gently patted me on the head and called me a cab. In a couple of cases we’ve ended up going out. In none of the cases has it forever rent our bond in twain, so appalled were they by the realisation that our previously chaste friendship was distorted by my kinda fancying them. Ditto for the (admittedly few) occasions I’ve been on the receiving end. If anything, it’s something we embarrassingly grin about to each other now.

I have exes with whom I am friends, and a couple of friendships that began as one night stands. And those friendships still feel completely legitimate, even though we’ve totally seen each other in the nuddy.

This is because the things that make someone click with us as a pal – a sense of humour, complementary interests, similar outlook on life – are the same things that most people also look for in a partner. Attractive people, as the description suggests, are attractive.

This subconscious process is so valuable to human interactions that there’s a huge worldwide research programme going on to discover why some people lack this skill. If we didn’t think it a significant part of what it is to be human, causes of autism would be a research topic on par with “causes and outcomes of Clive Palmer’s fashion sense”.

Yet this notion prevails, that a true friend would never do something as vile as idly wonder what you look like naked. Even though we’re programmed to do exactly that.

Perhaps it’s a hangover from our teenage years, when there was a need to clearly delineate and identify what the nature of each relationship was lest inexperienced and hormone-ravaged people got confused and hurt. More likely it’s another manifestation of the pervasive sex negativity in our culture, where there are Good Feelings like love and Bad Feelings like lust, and the latter always defeats and destroys the former.

…And this has been a frantic couple of weeks as well. Cover story on Neil Young for Australian Guitar, some film reviews for the Sunday Telegraph, and some other things.

I’m told this is pretty fun.

Like the Five Worst Songs of 2012 for TheVine,  interviews with Grizzly Bear and Cold Chisel at the Guardian, for whom I also did a thing about Australia’s disproportionate love for Pink, and this opinion piece on Cory Bernardi and what’s probably about to become a hideous culture war over abortion.

Time Out’s got a load of stuff, including an interview with Clutch, memories of the Abercrombie Hotel, the new ride at Luna Park and a review of Amanda Palmer at the Sydney Festival (and also a less glowing one of Scotch and Soda), plus a bunch of columny things like Seven Tips for Recreating a Big NYE Night Out At Home and possibly the silliest thing I’ve ever written: Your 2014 By The Stars. Nice gif though, thanks to Tom Hislop.

And, of course, 10 Things at TheVine. Last week looked rather like this:

A shitload of Sydney Festival pieces will be tumbling in for Time Out over the coming weeks, and hopefully some other things as well as soon as I can free up the bit of my brain full of Arrested Development quotes – the reason for which is below.

See, I’ve been doing some of those other fun things I occasionally do, like being snarky on ABC radio, hosting an Arrested Development trivia night at GoodGod – should really write those questions, now I think about it – and got to work out a set and a suitable costume for DJing at a roller disco. Yes. Living the life.

Some sleep would be nice.

And remember: there’s always money in the banana stand.